The statue is of Major General Sir Robert Jones, an orthopaedic surgeon.  He developed early prosthetics and has this place of honour at the new Defence & National Clinical Rehabilitation Centre. Built at Stanford Hall (between Nottingham and Loughborough) to provide outstanding facilities for clinical specialist rehabilitation, principally for those injured in the course of military service. It is nearly complete, though as the image shows it’s still ‘hard hats’ for now.  And aren’t those safety boots fetching??? 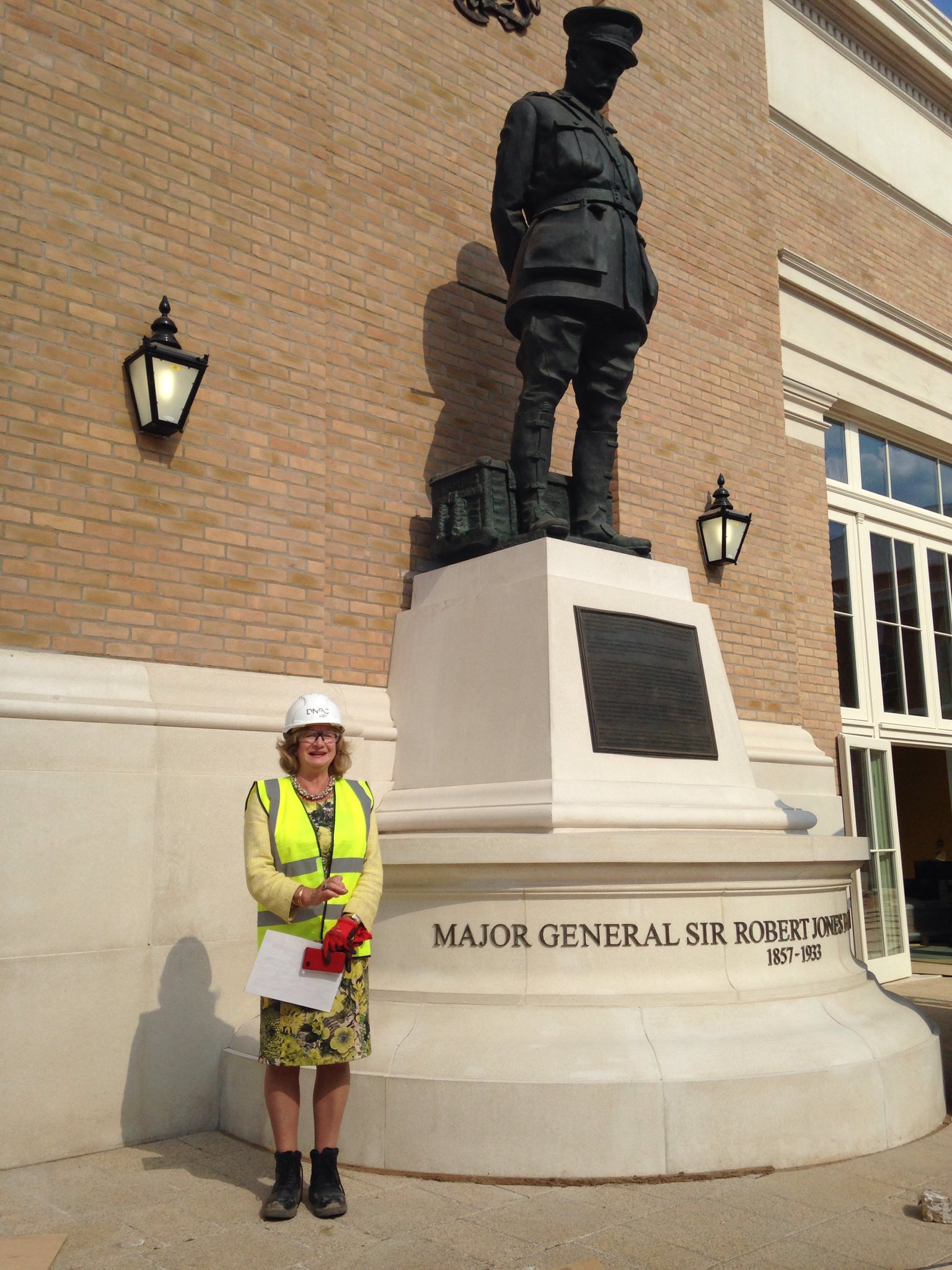